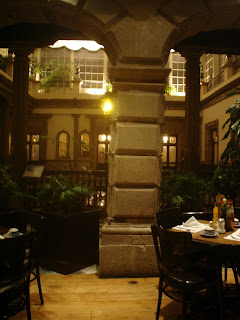 I always want to preface this sort of entry with the hashtag #firstworldproblems, because really? I'm a spoiled brat. My life is not a horrible miserable thing. I should not be an unhappy as I am. But...I am unhappy, and I don't know what to do about it. One way I am apparently dealing with this is by not drinking, which is likely only because I'm not by nature a drinker. Really, though, my brain is screaming this at me, more loudly with every passing second:

I just...yeah. I had an email on my last break at work today that said I hadn't got into Clarion West for this year, and while I had no real faith at all in the idea that I ever would, I just...I don't know. Hope is a cruel thing. I just...need purpose. Because I've had no purpose in my life for a very long time. I mean, I wanted to finish high school. Then I wanted to graduate university. Then I wanted to finish my pre-reg. Then I wanted to go to the UK. But in the end I pretty much arrived in Sheffield and fell to pieces because I realised that I had nothing more to do. I've been drifting around in a daze ever since. And I moved to Sheffield in 2006. I've done things since then, obviously, like travel and move around and whatnot, but...there's been no reason behind it. My driving force these days is pure miserable confusion. I keep looking for a reason I'm here and I never find it. My most defining memory of last year, for instance, is walking around the British Museum in a miserable daze on a Friday night until it closed, and when it did I sat on the steps out the front and cried because I had no idea where to go or what to do with myself. Or my life.

I'm still sitting on those steps, and I'm still crying. Months later, and I still have no idea what to do. The Clarion West thing is just a symptom of a much larger problem. I probably worded this much better in my personal blog, actually. So I'll just go plagarise myself for a moment:

"I had the news around four-thirty today that I definitely didn't get into Clarion, and really...it wasn't a surprise so I can't claim anything on that, but it's more another kick in the guts that I just don't know how to take. My issue, you see, is that I have no purpose in my life. Whatsoever. I occasionally talk myself into believing that I could do something writing-wise, but the truth likely is that while I can write somewhat better than the average, it's not good enough to be worth more than precisely jack shit. This doesn't have to be as depressing as it sounds, actually. But to me it does tend to turn out that way, because without writing, I...am worth precisely jack shit. I will never marry, I will never have children, I will never make any difference with my day job, and I provide very little in terms of basic human comfort to anyone I know. If I were to vanish tomorrow, I would have done absolutely nothing of note with thirty years of living. And that's what makes me want to disappear. Because honestly...why bother?"

Like I said, I'm just...not in a good headspace. And I haven't been in a long long time. Sometimes I can get around this by writing, because writing generally makes me happier. But these days...it's just a reminder of that immortal Simpsons line: "Well, kids, you tried your hardest -- and you failed miserably. The lesson is: NEVER TRY." That's where I am right now. And it's not a good thing, because I can't just stop writing. I'm wired to write, whether or not I'm any good at it (and most signs point to the fact that I'm not). So it feels self-destructive, in a way, to continue doing something that makes me feel this way. But without it...I really am nothing.

So, yeah. Dear brain: I suppose that's the end of that chapter. We really need to break up and never talk to each other ever again. 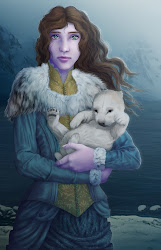 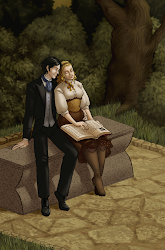 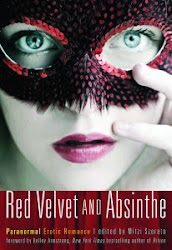 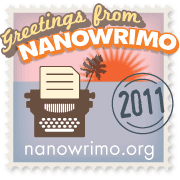